Stay up to date on our calendar of classes and events and get tips to optimize your mental wellness. 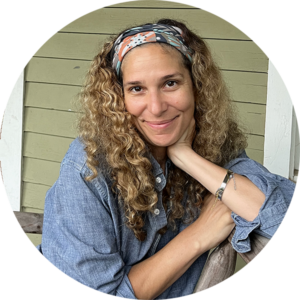 The first week of May of this year I woke up from a deep sleep and felt a tingle in my right breast. My hand instinctively moved to where I felt a twinge and there was a small lump. And something in me knew my life was about to change.

I called my primary care doctor that day and had an appointment set up for the following week. She could visibly see the lump when she did my breast exam. It moved easily to her touch and didn’t hurt. It is hard to dissect what it could be through touch, so she referred me to get a mammogram. I didn’t allow myself to go too far down the Google rabbit hole in this case. The little research I did, and based on the nature of the lump, made me think it might be a cyst.

Two weeks later, I was in the office for a mammogram and ultrasound. After both tests were performed, I was informed the radiologist wanted to speak to me directly. As I sat on the exam table, feeling a little sore and exposed, the radiologist quickly explained that the results were inconclusive. He used a lot of technical words I did not understand. From what I did, I needed to get a biopsy for further conclusion. I felt very small on that table as he stood over me delivering this news. The only thing I could think to ask was if it was a cyst. He definitively said no. The lump needed further examination.

It took about a month to get my biopsy scheduled and during that time I didn’t allow my mind to wander too much. I only told a few people as I didn’t want to cause any concern for something that was unknown. The doctor biopsied the lump and the lymph nodes under my armpit while he regaled me with stories of his trip to Scotland during our hour of time together.  The nurse had given me a washcloth to clean my breast before the doctor went to work, and it became a stress-ball I squeezed in my left hand to calm my nerves. I didn’t feel any physical pain due to whatever numbing drug he injected into my body, taking deep breaths to hold back the tears while he worked.

I had recently had a mammogram in December of 2021 and there was no indication of a malignancy. I have extremely dense breast tissue, which is common amongst women with less body fat, and lowers the sensitivity of a mammogram. But, the report gave no cause for concern. I am 42 years old and lead a healthy lifestyle that the idea of breast cancer wasn’t even on my radar

One week later, I received word from my primary care doctor that the biopsy results from the lump had come back positive of a malignancy, which in layman’s terms is cancer. The lymph nodes were negative, which means the cancer had not spread beyond that lump so in a sense I had caught it fairly early. She did not know the stage or have much more information for me other than they would follow up with me the next day with a referral for an oncologist.

I was at The Happy Hour when I got the news and Clara, the owner and founder, was waiting for me downstairs. As soon as she saw my face, she ran over and embraced me. I broke down and sobbed in her arms. When I pulled away from her to take my first deep breath of the day, there was this inner knowing that this is how it is supposed to be. All of this is happening for me and not to me.

I have since learned that my breast cancer is stage 2, triple negative, which due to its nature, requires a pretty aggressive form of treatment. I will start 6 months of chemo this week, followed by breast surgery to remove the lump and then radiation. In total, I am in for about 9 months of treatment.

Writing has always been a therapeutic tool for me and I feel it will be part of this journey.  Something in my heart tells me I need to share the most vulnerable parts of this experience. I am not sure what that altogether looks like and will figure it out as I go. So much of the work I love to do is teaching and helping others to get in touch with their most vulnerable selves. For in that vulnerability, the most healing can happen.

Kim will continue to take appointments, as the nature of her work is healing for her as much as it is for you. Plus, it equips her with a grounding routine and a place to get outside of her head. She is still figuring out her schedule and it may need to change. Please be understanding and flexible if your appointment needs to be rescheduled on short notice- you will not be penalized.

This blog was republished with permission from Kim’s personal blog, where you can follow her journey.